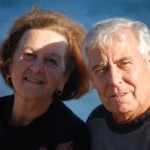 With the population aging, and Alzheimer’s and dementia occurring more and more frequently, it is crucial that you put a plan in place in the event that you become incapacitated.  Once you are unable to make financial and health care decisions for yourself, your family has two options:

To schedule an appointment with Natasha Hazlett at Angstman Johnson to discuss Powers of Attorney or any estate planning or probate matters, call (208) 384-8588.

Below is an article from the New York Times on the rise of Dementia in America.

More With Dementia Wander From Home

ASHBURN, Va. — For generations, the prototypical search-and-rescue case in America was Timmy in the well, with Lassie barking insistently to summon help. Lost children and adolescents — from the woods to the mall — generally outnumbered all others.

But last year for the first time, another type of search crossed into first place here in Virginia, marking a profound demographic shift that public safety officials say will increasingly define the future as the nation ages: wandering, confused dementia patients like Freda Machett.

Ms. Machett, 60, suffers from a form of dementia that attacks the brain like Alzheimer’s disease and imposes on many of its victims a restless urge to head out the door. Their journeys, shrouded in a fog of confusion and fragmented memory, are often dangerous and not infrequently fatal. About 6 in 10 dementia victims will wander at least once, health care statistics show, and the numbers are growing worldwide, fueled primarily by Alzheimer’s disease, which has no cure and affects about half of all people over 85.

“It started with five words — ‘I want to go home’ — even though this is her home,” said Ms. Machett’s husband, John, a retired engineer who now cares for his wife full time near Richmond. She has gone off dozens of times in the four years since receiving her diagnosis, three times requiring a police search. “It’s a cruel disease,” he said.

Rising numbers of searches are driving a need to retrain emergency workers, police officers and volunteers around the country who say they throw out just about every generally accepted idea when hunting for people who are, in many ways, lost from the inside out.

“You have to stop thinking logically, because the people you’re looking for are no longer capable of logic,” said Robert B. Schaefer, a retired F.B.I. agent who cared for his wife, Sarah, for 15 years at home through her journey into Alzheimer’s. He now leads two-day training sessions for the Virginia Department of Criminal Justice Services.

Mr. Schaefer told his class of mostly police officers here in northern Virginia that unlike the ordinary lost child or hiker, a dementia wanderer will sometimes take evasive action to avoid detection, especially if the disease has made them paranoid about authority figures.

“We’ve found them in attics and false ceilings, in locked closets — you name it,” said Gene Saunders, a retired police officer from Chesapeake, who started a nonprofit company called Project Lifesaver 11 years ago to help find wanderers or people with other cognitive impairments. The group’s technology, fitting patients with wristbands that can be tracked by police officers with radio devices, is in use in 45 states, but its widest use is here in Virginia.

Wanderers often follow fence or power lines, and tend to be drawn toward water, Virginia state rescue officials said, bound on a mission that only they — and sometimes perhaps not even they — can imagine. (A search trick: try to figure what door they exited from, then concentrate first in that direction. But don’t bother calling out the person’s name, which he or she has often forgotten.)

Searching for them often also means learning a patient’s life story as well, including what sort of work they did, where they went to school and whether they fought in war. Because Alzheimer’s disease, the leading cause of dementia, works backward, destroying the most recent memories first, wanderers are often traveling in time as well as space.

Some World War II veterans, for example, have gone huge distances believing they needed to report to base or the front lines. A man in Virginia was lost for days until searchers, in interviews with his family, learned he had long ago been a dairy farmer, rescue officials said. It turned out he had headed for a cow pasture not far from his home, believing it was time for the morning milking.

The all-too-human stories of exhausted family members caring for Alzheimer’s sufferers must be taken in account as well, searchers say. The son or daughter or spouse who nodded off or was briefly inattentive, allowing a loved one to slip out, might feel guilty, and so understate, sometimes by many hours, how long the person has been gone — a crucial variable because time on the run in turn hugely increases the potential size of the search area.

Meanwhile, cold cases are piling up.

In Arizona, James Langston, the state’s search and rescue coordinator at the Division of Emergency Management, is haunted by the stories of people who simply stride out into the desert in high summer and vanish. A few years ago, a 20,000-square-mile area was searched after an Alzheimer’s patient’s car was found on a dirt road at the desert’s edge, he said. No trace of the person was ever found.

“We’ve had them die in as little as seven hours because they just keep going and don’t recognize they’re getting dehydrated,” Mr. Langston said.

Many states do not collect or fully categorize local data on search-and-rescue cases, so it is impossible to gauge the full impact of dementia wandering on law enforcement. But in Oregon, for example, the number of searches for lost male Alzheimer’s patients nearly doubled just last year, to 26 from 14 in 2008, and has more than tripled since 2006, according to emergency management officials.

For many people involved in those searches — or in training rescuers for the demographic tsunami to come — the turbulent emotions and grief that swirl around Alzheimer’s disease and dementia are simply part of the terrain. In the middle of his training courses, Mr. Schaefer sometimes pauses, choked up by memories of his wife, who received her Alzheimer’s diagnosis at age 50. She died 17 years later, having forgotten how to swallow, he said, and then finally, even how to breathe.

On a recent afternoon at the Northern Virginia Criminal Justice Training Academy, Mr. Schaefer told his class about the day he asked her if she knew who he was. He had taken steps by then to keep Ms. Schaefer from wandering away, disguising their home’s doors, for one thing, covering them with posters that looked like bookshelves.

But now he could see the panic and horror in her eyes, he said, that she could not find the right answer to his question. Could she recognize her own husband?

For John McClelland, 57, a retired volunteer fire and rescue officer who now leads training courses in Colorado, the story is even more personal: He has a diagnosis of Alzheimer’s himself. The disease killed his grandfather and three other people on that side of the family. He said he has already lost the ability to remember the faces of new acquaintances, even a day after meeting them.

Knowing what is coming for him as the fatal disease takes its course has made his training work all the more important and urgent, he said.

“The mission I’m on is that I’m willing to talk about Alzheimer’s as long as I’m articulate,” he said. “The hell of the disease is that I know what’s coming.” 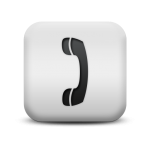